Fast, Simple, Easy and to learn! Join the worlds most popular self defence system! Made famous by the great Grandmaster Ip Man.

What is Wing Chun’s “Nim Tao”?

Firstly, I want to begin by speaking about the history of Ip Man‘s arrival to HK and how he was able to spark such a fervent following in the Wing Chun style. Ip Man, in around May 1950 another wing Chun practitioner named Li Man introduced Ip Man to the HK Restaurant Workers Union where he began teaching wing chun. As it is known, Ip man was a man of small stature and at the time the Union’s chairman was Leung Sheung.

Leung Sheung was a very tall and broad man and if at first glance, he was probably twice the size of Ip Man. So when he was first introduced to Ip man he expressed doubt and skepticism in Ip man, saying, ‘So this is master Ip man?’. And as Ip Man having met many people in his lifetime that possessed a great amount of life experience, saw him and knew Leung Sheung’s intentions and replied, “You seem like you don’t believe in me [my power]. Here, why don’t you test me?” 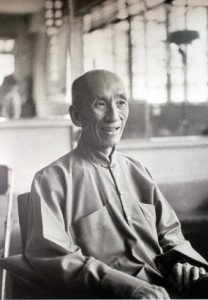 This was suggested by Ip Man himself. Such a small and timid man versus a young and hefty man; and the former was the one to initiate the challenge. In this instance, Leung Sheung very eagerly accepted, saying, “Okay, okay, let’s do it”. Ironically, when the two touched hands Leung Sheung was immediately thrown 10 feet across the room and fell on the ground. To this Leung Sheung thought it very peculiar about what had happened and immediately asked Ip Man to take him in as a student.

Thus, Wing Chun was brought to the HK Restaurant Workers Union. Okay, so now we come to speaking about Wing Chun’s structural element, to which I wish to share my own interpretation and introduce it to all of you. Actually, Wing Chun doesn’t really have much style to it. It’s really just simple movements conglomerated together and then split up into three different forms. And each form is to exemplify the core concepts of Wing Chun.

The second Wing Chun form uses Siu Nim Tao function in addition with the body mass to mobilize the power from within. Thus Chum Kiu is marked by its usage of the body’s movement. Siu Nim Tao has no movement, one just stands there and does the form. Chum Kiu begins to move the body and utilizes one’s body mass to move in unison with the Siu Nim Tao hand movements. In this way, Chum Kiu is able to express its combat potential. And the third one, Biu Jee, not only incorporates body movement but also a rotation of the body.

As we may know, anything with heavy mass, once conjoined with a swift rotational movement, will generate a great amount of force. Therefore, the core concept of the third form uses the whirling rotation of mass to generate a particular kind of force. So, this is just in general what the functions of the three Wing Chun forms entails. They are all just made up with a few hand movements and aren’t necessarily considered a style of sorts. That is to say, it is a just very simplistic style but the most interesting is Siu Nim Tao. That is just my personal opinion. So how come the whole of Wing Chun you have this one form called ‘Siu Nim Tao’ [Little Idea form]. Actually, the name ‘Siu Nim Tao’ (Little Idea) seems totally irrelevant to martial arts. So this Nim Tao I thought was very interesting. From the very first day I learned I thought it was very unique. There were a few times where I’ve asked Ip Man why this style has something called ‘Siu Nim Tao’. The first time I asked, Ip Man replied “It means you have to ‘Lap Nim’ [establish an idea/thought]” and he didn’t explain any further. After a while I inquired again “What’s the meaning of Siu Nim Tao?” and he said “Well it just means to Lap Nim”. Again he just said this. And I asked one last time “Why is this form called ‘Nim Tao’. And why is it just a little bit?!” *chuckles* “Well that means you have to Lap Nim‘!!”. I asked him several times and all he said was ‘Lap Nim’ so I didn’t ask him again…

And I just abided by the way Ip Man taught me to do the Siu Nim Tao form. And was that called ‘Lap Nim’? Well, I didn’t know. All I did was practice Ip Man’s teaching, “Do not use any force, relax your arms and legs, and practice slowly. And then you will understand”. However, after I trained Siu Nim Tao for a long time, gradually my illnesses disappeared and my power kept increasing. And then after experimenting I thought “I’m really actually quite powerful”. Then I  inquired about it with Ip Man and he said “Well, this is the function of the Siu Nim Tao form.” And I thought, “How can the Siu Nim Tao form teach people to be this powerful?”. Then I just kept patiently researching and analyzing how I am able to generate this much power.

I often trained very diligently under Ip Man’s teaching of the Siu Nim Tao form. At that time, I was also a very skinny and weak in health. I was just the height I am now (5’10?), and I weighed 110 lbs. And just to show how skinny I was, my biceps at the time were as skinny as my wrist that I could encircle it with my hand just *like this*. I was very skinny at the time. Skinny and very weak in health. And what a shame. I have been researching and analyzing for so many years that it is not until recently that I’ve been able to understand it a little bit more. That is just a really big shame. Actually, when one practices the Siu Nim Tao, one will eventually discover ones own Nim Tao. There are many facets to the human brain and it wasn’t until recently, through researching with neurologists, that I’ve been able to understand more about it [Nim Tao]. They said, “Your Nim Tao is of another region in the brain that differs from the region that we are accustomed to using (i.e. for thought and regular mobile functions such as picking up objects). The Nim Tao you speak of comes from a small part/region of your brain.” And so I thought perhaps I am using this small part of my brain to produce the kind of force I can generate. So I continued my research.

Now I’ve been teaching for many decades and I have the ability to take a person who has no power/force and adjust/fix them up so that they will be able to produce a great amount of force; but only when I am guiding them. Once I’m removed they will not be able to do it themselves. Well this ‘Nim Lik‘ [Idea/Thought power] was demonstrated by me twice in the [name of some event/gathering]. The first time I was standing with one leg on a weight scale and had two foreigners push against me. And as they were pushing I lead all of their force onto the scale so that the harder they pushed the heavier I got. So the Wing Chun Athletic Association has a video record of this which is still in circulation. In the second conference, I demonstrated using two fingers on each hand to take up another person’s arm and moving it elsewhere *demo* [with resistance I’m assuming]. The second demonstration, there were three foreigners who were pushing against me and I needed to push the three of them back. So these are all demonstrations of ‘Nim Lik’. So I really think it is such a shame that it’s only within the last 2-3 years that I’ve figured out how one can breakthrough to achieving one’s Nim Tao. Before I had broke through my own Nim Tao but I did not know why or how. But now I know how.

So there are two stages in achieving one’s Nim Tao. In the first stage, Wing Chun’s stance requires the practitioner to have an intent to “Tai Gong” [lift up the anus]. The second stage, after you have done the ‘tai gong’ and are able to relax the muscles in your lower body [pelvis down], you have to begin to expand the joints in your spine beginning from the tailbone. And from the tailbone you must use a little bit of thought [little idea] to bring the [chi/energy] up through the spine. Once you are able to rush the Qi, passing through each section of your spine and towards the top of your head then you will have activated your Nim Tao. 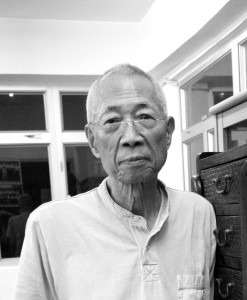 Speaking about it is very simple. And since I’ve figured this out I have been consistently teaching and advocating this method to my students. When I am helping them train, I can use my hands to guide their Qi/Intent or whatever, until it reaches the top of their brain and they will be able to generate a great amount of power. Thus, I hypothesize that once the Qi reaches up towards the top of the brain,this is what we call ‘Nim Tao’.

So recently I’ve been in discussion with the neurologists and they have said that, “Yes, that part of the brain controls the involuntary muscle movement” and they said “that that Nim Tao can enable one to express their potential power”. So actually Siu Nim Tao can help us to activate our Nim Tao…what that part of the brain is called I don’t know, we just call it Nim Tao. In this way, we can tap into a kind of involuntary power embedded in ones’ potential so that we may use it voluntarily.

Hence, I think that this is the most outstanding element of the Wing Chun system. Alright, so I think this is all I will have to say for today.

Excerpt from a discussion with Sigung Chu Shong Tin